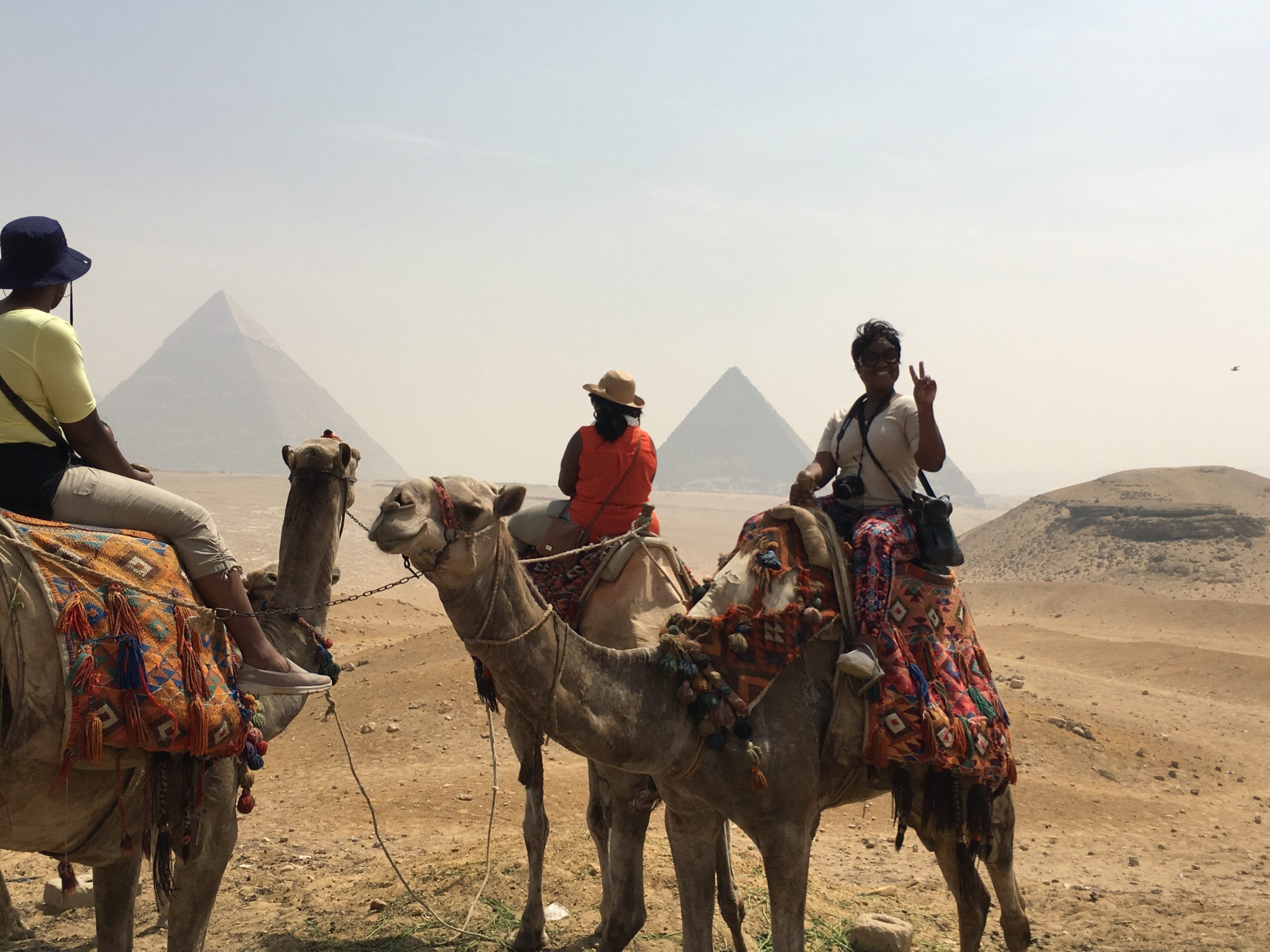 You are a modern life queen. A corporate powerhouse. An entrepreneurial hustler. A hard-working woman who has built their own empire (whether you’d like to think of your life as that or not). But sometimes a modern life queen needs to take a look back at her roots to understand what the Queens of the ancient age lived like.

And that’s exactly what the 2023 Travel Divas Egypt Excursion is all about. A once-in-a-lifetime tour of the gold-imbued temples, physics-defying pyramids and the rich, blue waters of the Nile. With this trip you can explore one of the most history-rich destinations in the world …

As a queen, it’s only befitting that such a tour would involve visiting these world-class, world-famous, breathtaking sights:

The Oldest of the 7 Wonders of the World: The Great Pyramid of Giza

Believed to originally have been built as a tomb for the late pharaoh Khufu back in 2550 B.C.

The Great Pyramid of Giza is the oldest of the seven wonders of the world … and the only one to remain as close to its original form in this modern age. It’s a breathtaking sight with thousands of years of history attached.

The Great Sphinx of Ginza

You may have grown up seeing history book photos of this extraordinary mythical creature, the sphinx, standing on the Giza Plateau.

But, seeing it in person is bound to snatch the breath right out of your lungs. As the oldest known sculpture in Egypt, this limestone statue was cut from bedrock.

A modern marvel, but a marvel no less. The Aswan Dam was built in the 1960s, but its grandeur is so magnificent it can be seen from space.

Designed as a method to control the annual flooding of the Nile and store water, the Aswan Dam reaches over 360 feet high and nearly 13,000 feet long.

The Longest River in the World: The Nile

You’ve probably heard tales about the Nile as a child. And while Brazil may contest that the Amazon River is actually longer; this river starts in Cairo and crosses through 11 countries.

Home of many historic and religious events, the Nile is literally the lifeline of civilization in Egypt and much of northeastern Africa.

The Colossal Statues of Ramses: At the Luxor Temple

While “luxury” likely does not come from the name of this temple, it no doubt has the remnants of luxury. A sandstone temple, the Luxor dates all the way back to 1,400 B.C.

At the entrance you will find the two colossal statues of King Ramesses II. Can you believe the advanced knowledge the sculptors had to have to build such a sight … more than 3,400 years ago?

Now, these are just a few of Egypt’s most breathtaking sights. And just a peak into what the kind of history you’d revel in when taking a trip like this with Travel Divas.

Take this time to bask in the glory of our ancestors’ work and stop imagining what it’d be like to visit Egypt. Experience the luxury of Egypt personified with us. We promise you’ll have an extraordinary experience.

Explore the history of the most advanced civilizations of the world and book a luxurious trip to remind you of the diva that you are. Visit us here for more details on excursions, accommodations, dates and more.

Morocco home of majestic mountains and unsoiled be

The home of the ultra-luxe, ultra-rich, ultra-abun